Not without that Bunny 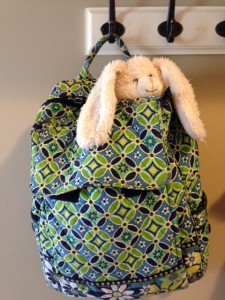 I asked my kids to pack their own carry-ons for Disney. My daughter packed Bunny with his head poking out so he could see, of course.

We arrived for our early flight, dashed to check in our luggage, and waited for my husband to park the car. We might have strolled through a gift shop or two and snapped a few giddy selfies.

But when my daughter unslung her backpack for the security scanner, a gaping hole revealed no Bunny!

While we surged through to get out of the way, my husband circled back to look for the bunny. I saw him loop around by the gift shop and then return, empty-handed, waving us on as if to say we had to move on to catch our flight. Forget about it.

My heart sank. Yes, she could buy a new bunny. Yes, she didn’t need another stuffed animal. But as any parent knows, that one was special. I was not leaving without that bunny.

Who would take a child’s toy anyway?

Nobody, that’s who. Except maybe a well-meaning traveler.

That’s when I asked one of the guards where to find “lost and found” and careened through security not caring what protocol I was breaking or how long of a line I’d face on my return.

I found the info desk — at Pittsburgh International it’s right behind the elevators by security near Au Bon Pain). I managed to say, “Have you seen…” when the attendant withdrew Bunny by his ears and dangled him over her desk.

You bet I whooped and hollered. I think everyone in security clapped for Bunny (except my daughter who won’t let me wave to her at costume parades. I might be a little over the top – what can I say?).

What have your kids lost while traveling? Did you go back or move on? 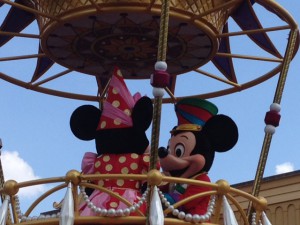