My mom gave me a potted ficus in my first apartment. All the leaves turned yellow and dropped off. It weeped a pile of curled brown leaves, suffering a slow, painful death under my negligence. Mom whisked it out the door, promising to nurse it back to life.

My boyfriend (who later married me despite my curse on all things green) gave me a love knot tree and I killed that, too. It resurfaced probably to taunt me as the topiary centerpiece at our best friends’ wedding. My friend teased, “You gonna forget to feed your kid someday?”

Then I had a kid. We were home from the hospital for a day, maybe two, when she started blending into her yellow blanket. Only we didn’t realize how yellow she’d become because it was that gradual. My parents showed up and I saw from the look in their eyes that something was wrong. “She’s jaundice,” they said.

See, I was trying to breastfeed her, but we had no idea how much she was getting. We obsessively checked her diapers. I limped along, dreading her next hunger cry because of the toe-curling pain of latching (sorry – it has to be said). Everyone told us not to introduce a bottle because it will confuse her.

I do realize that mothers have been breastfeeding their young since the beginning of time, but for me it was anything but natural. Suddenly, this body part (or two) that I’d had all my life were supposed to sustain another human being?

A lactation consultant ordered me to pump (yes, it’s as bad as it sounds) and feed our baby with an eye dropper. Feeding an angry baby bird would have been easier. Her cries vibrated like a bleating goat. Then she became lethargic.

Like a flower that wilted, our daughter was indeed dehydrated. She needed IV fluids, pumped breast milk, and phototherapy under the bili lights. Days later, they sent us home. Terrified.

After struggling a few weeks, something clicked, and I finally got the hang of it. She continued to thrive and hasn’t stopped since. But looking back, I wish someone had advised us – and other new parents – to feed our baby first. However we could.

To this day I still worry whether my kids are getting enough to eat. And of the right variety. I guess all moms worry about this.

Although watering plants still escapes me now and then, I’m proud to report that ten years, three kids, and one dog later, I’ve kept my household alive and thriving. 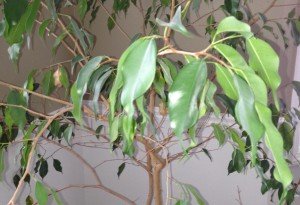