Is nothing private anymore?

My eleven-year-old found the diary I kept when I was her age. Here’s what it looks like. 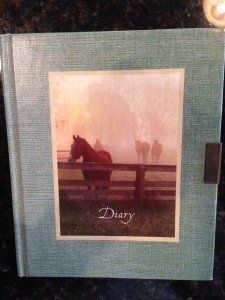 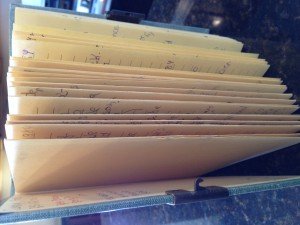 Fortunately, it was locked. I mean, who knew what ridiculousness I had written in there, never ever anticipating that one day I would have a daughter of my own—three in fact!—who would be interested in reading it. I panicked. Then I remembered the wonderful thing about a diary. It’s private. Yep, there are some things in our lives that are meant to be kept close to the chest. Or at least they should be.

Can you believe I remembered the combination thirty years later? Sorry, I digress.

As I thumbed through the yellowed pages, that time of my life came flooding back and I couldn’t wait to read what I had been doing when I was my daughter’s age. I stopped at a random date: September 2, 1984. And guess what?

It was scary boring.

Most of it. And it was unintentionally funny, which is even more laughable. I wrote what I ate, where I went, what my locker number was. Yawn. I slept over at this friend’s house and that friend’s house. Ate at Denny’s. Started a band on a Wednesday. It broke up on Friday. Learned five new notes in band class. My thoughts and feelings were buried in there, too. And after digging a bit and cringing, I found the stuff that doesn’t mean much to me now but meant the world back then.

It occurred to me that today’s kids don’t journal in locked diaries, the old-fashioned way. Their idea of recording their thoughts is posting on Instagram. Everything is shared. Maybe this is a good thing. Maybe not. I can tell you right now I’m glad there was a lock on my diary back in the day, that I did not have free rein to share my ridiculousness to the world. Don’t you think kids would be better off if they had a lock—or at least a gate keeper?

Because once it’s out there, it’s too late. We’ve all written THAT email. The one you never really intended to send, but did in the heat of the moment? Or the one you sent to the wrong person? Or the one that got forwarded on…

We never regret NOT sending an email.

Kids aren’t mature enough to understand this yet. They’re impulsive and emotional and in the moment. They blurt out secrets, they exclude without meaning to, they want to be in the know. There’s a sense of power that comes with information. You know the type of person I’m talking about? The one who has to be the first to know everything and let you know that they knew it first? The internet has blown this out of proportion.

And, we live in a world where kids think everything is public—what they eat, where they go, who they go with—and they’re compelled to announce it on social media, even at the cost of hurting others and themselves, because they have no filter and are still learning how to handle these powerful communication tools.

It’s our job to teach them.

Why not channel kids’ energy and desire to communicate in more productive way, like actual writing? Journaling? Dare I say, write it out in a diary? I think kids could benefit from having a place where they can share their thoughts and feelings, trusting that it will never be repeated, read aloud, or posted.

The benefits could be huge. In a recent article on how to handle stress, which unfortunately I cannot find the link to and it’s killing me, the writer advocates writing as therapy. When you’re having a terrible day and it seems nothing is going your way, the writer suggested writing down a list of everything that is awful in your life. Chances are, when you see it written down, it won’t seem so overwhelming.

I couldn’t agree more.  It seems to me that we could all benefit from doing this more often (the writing and not sending)—maybe even the old-fashioned way of pencil and paper, not email, or Facebook or Twitter so we’re not tempted. And teach our kids this lesson.

Who knows, you might have the next J.K. Rowling on your hands. 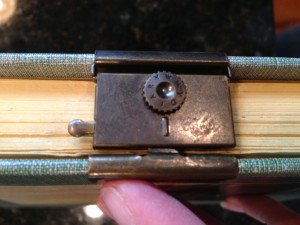 Kids have a lot to say and express. Let’s encourage them to do it safely and creatively. Let’s teach them when to share and when to keep it close to the chest, under lock and key, never to be read by anyone but themselves—even thirty years later.